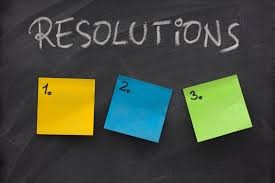 There were 7 members present to discuss the 6 resolutions published in November / December issue of WI Life.

All agreed that the 6 resolutions were topical and very important issues that need addressing. However, we decided that 3 of them would not be effective campaigns for the WI:

This left us with three resolutions to discuss in greater detail…

(5) Supporting women’s refuges – We felt that WIs should be more actively involved in women’s refuges. The government has put in extra money but people are being turned away – “in one day in 2015, 75 children and 92 women were turned away” – there is clearly a need for more spaces and this is something that the WI is well-placed to campaign on. We also discussed whether this was ‘sexist’ as men are also subject to violence but it was noted that a) the WI can’t campaign for men’s refuges and b) campaigning for women’s refuges didn’t mean that we were saying there shouldn’t be any refuges for men.

The next step is for individual members to submit their vote before 24th January 2017. It was agreed that an email would be sent to members to remind them and to include this report. To make things easier for our fellow members, we will also have an envelope ready at the next meeting (16th January) for members to put their slips into and we’d ensure that the envelope goes to Federation in time.

The next meeting will on Tuesday 21st March at 3pm. Venue is J Co’s house.

There are no upcoming events at this time.

Also find us on: